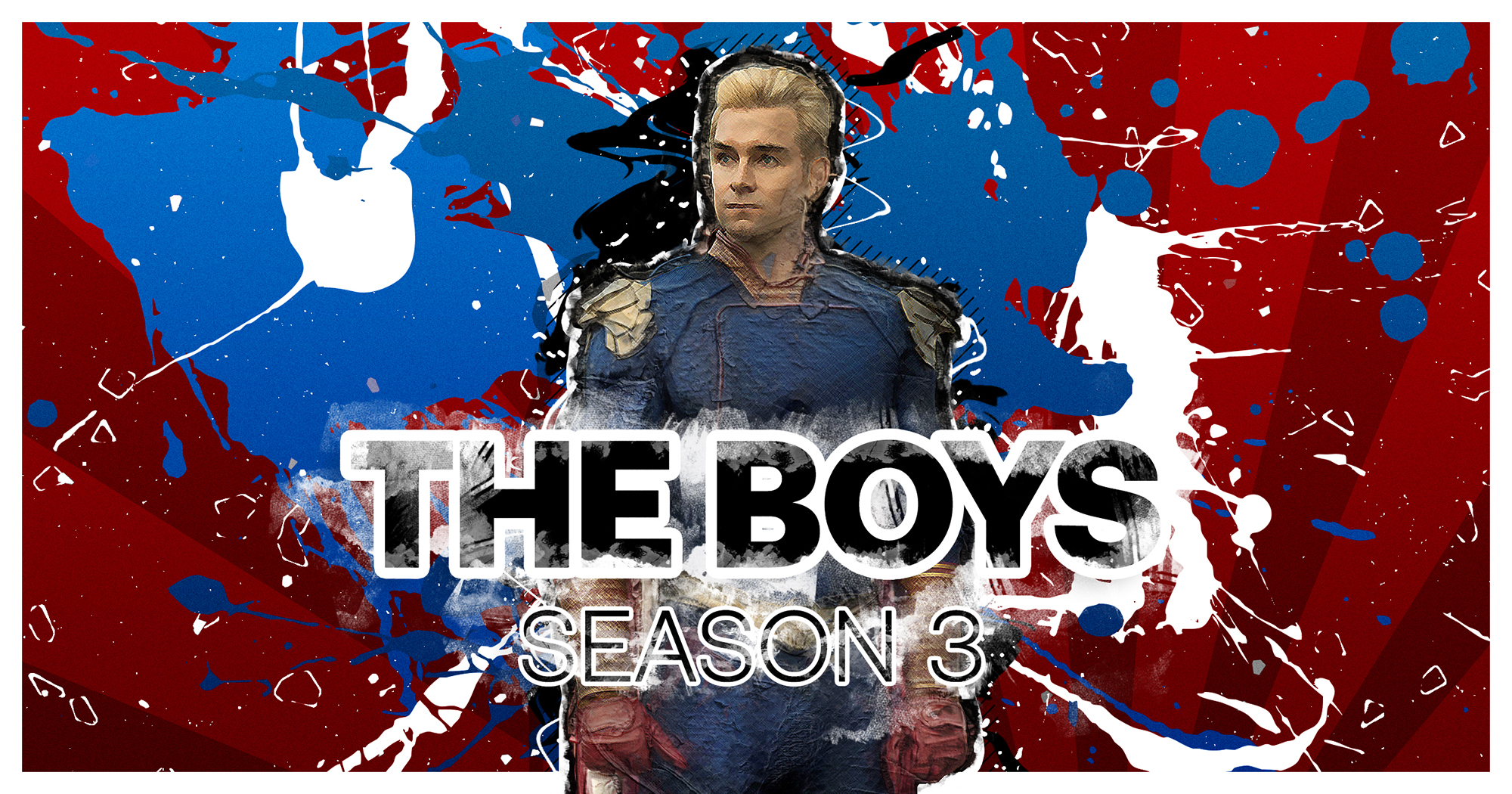 The Boys has become a huge success since it first aired on Amazon Prime Video in 2019, which means The Boys betting at Bodog Casino has, too. After two seasons and 16 episodes of the show, fans are excited for the upcoming release of The Boys season 3.

The Boys is based on a comic book series which ran from 2006-2012, and took the caped crusader archetype and ramped all of its tropes characteristics up to eleven. The premise of the series is that the world contains a small class of people with superpowers who are widely regarded as heroes. These gifted individuals are employed by Vought International, a stereotypical evil enterprise that uses their talents for profit and power.

However, with great power comes great responsibility, and in The Boys universe, neither Vought nor the superheroes are willing to act with morals or care, resulting in untold collateral damage in the form of death and destruction.

That’s where The Boys come in, a vigilante group who share a hatred for the superheroes and their corporate overlords.

The Success of The Boys

The Boys is a superhero show, but it’s unlike any others of its kind, as it’s very much geared towards adults with plenty of mature themes.

The show is creative, too. We’ve seen The Boys drive their boat inside a whale, Homelander rip the heads off people in a fit of rage, and one guy get strangled by a gigantic gentleman’s sausage.

There’s also a lot of strong language throughout, which sounds even more aggressive when it’s shouted in Billy Butcher’s British accent. In fact, he swears so much during the show that his c-bomb count may be higher than Homelander’s kill count.

Billy Butcher vs Homelander – The Rivals

As you’d expect with any modern, big-budget superhero movie or TV show, The Boys features a lot of big names, including Karl Urban, Jack Quaid, Antony Starr, Erin Moriarty, Dominique McElligott, and Jessie Usher. They all play key characters who are integral to the storyline, though Urban’s Billy Butcher and Starr’s Homelander are two arch-rivals with a strong hatred of each other that the entire show revolves around.

Butcher is the leader of The Boys and was a member of the British special forces before forming his vigilante group. He is driven by the fact that he believes Homelander is the superhero responsible for his wife’s disappearance.

Homelander, on the other hand, is the show’s antagonist. He is the leader of the Seven, the elite group of superheroes that operate under Vought. His public perception is incredibly favourable, with most people seeing him as a noble hero, similar to how we look at celebrities and larger-than-life businesspeople.

Away from the limelight, however, Homelander is narcissistic and even sadistic. Despite claiming to have dedicated his life to protecting people, he has racked up quite the body count.

So much so, Homelander’s kill count is now a popular market in The Boys betting as fans try to predict just how many people he’s likely to bump off before the end of season 3.

But what are the odds? Let’s take a look.

Unlike wagering on most TV shows where the thing at stake is a particular character’s fate or which one of them is going to be killed or acquire a huge fortune, The Boys betting focuses entirely on Homelander’s kill count.

At present, The Boys betting odds are:

It’s clear the favourite is more than 100 kills during the third season of The Boys. But how realistic is that? Is it just wishful thinking among fans that are thirsty for blood or do the numbers and facts stack up?

Well, season 3 has been touted as being wilder than either of the first two, and that’s saying something. What could possibly be crazier than exploding heads, weaponized genitalia, and a guy’s girlfriend being pulverised in front of his eyes when A-Train comes running past?

Jensen Ackles who plays Soldier Boy apparently refused to even film one scene in season 3. He reportedly told Eric Kripke, the show’s creator, that “I didn’t know where my line was, but you found it”.

Jack Quaid, who plays Hughie Campbell, told Entertainment Weekly that the show “keeps raising the bar for messed-up things” with every new season.

It is believed that the final episode of the third season is to be named “Herogasm” and will be an extravaganza of everything the show has become famous for. So, while there are no spoilers available, we can assume it’s going to be brutal.

On top of that, Homelander has continued to feature more and more in the show as it has progressed. At the same time, his desire for blood and chaos has also increased. So when you combine these factors together, we can probably expect to see a lot of kills during season 3.

After the end of season 2, Homelander tops the very surreal leaderboard of most kills in the show by a country mile. He’s racked up a total of 166, ten times more than second-place Victoria Neuman.

That’s an average of 83 per season, so your task is to consider whether he will remain at that average or whether he will fall below or rise above it. At current odds, it seems the predictions are that it’s an all-or-nothing situation. Homelander will either double down and shoot for over 100 kills in a season or he’ll chill out a little and finish fewer folks this time out.

With that in mind, The Boys betting is going to be a tough one to call. How many people do you think will fall victim to Homelander’s “protection” of the people? Bodog betting on entertainment is hot right now with The Boys odds, so get your slips in and get ready, it’s going to be a wild ride!